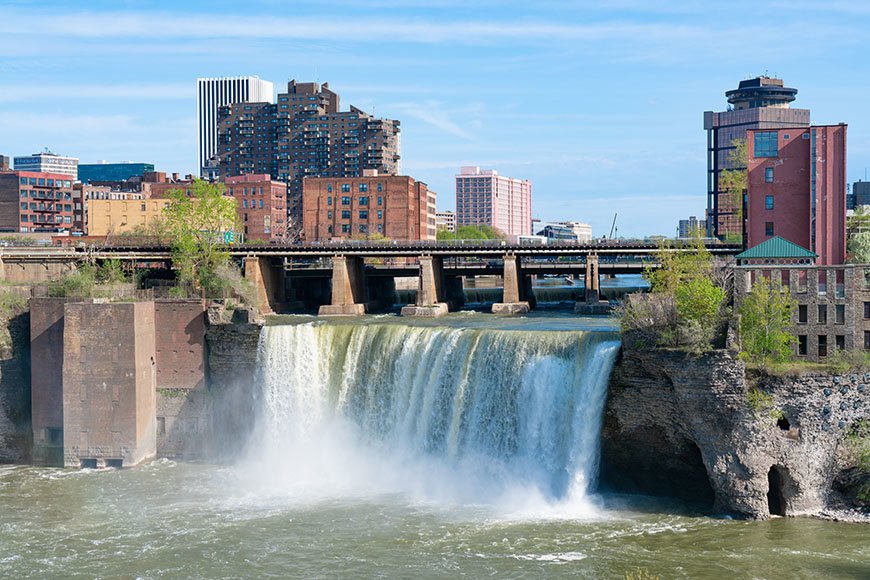 Rochester—New York’s third-biggest city—is in the midst of a revival. The midsized metropolis on Lake Ontario’s south shore has always been the entry point to the Finger Lakes wine region. But now it’s seeing new levels of growth and revitalization, with more than $950 million being invested in the city’s downtown core, in a successful bid to make this one of the best U.S. cities to visit. Its food and drink scene is booming with new restaurants, wineries, breweries, distilleries, and coffee roasters. These include the new REDD Rochesterhttps://fave.co/2DdXssj, by Michelin-starred chef and native son Richard Reddington.

Rochester was also the hometown of Susan B. Anthony, whose 200th birthday will be celebrated in 2020 at the National Susan B. Anthony Museum & Househttps://fave.co/2KT9Uld (visitors can see the room where she died and the parlor in which she was arrested for voting). The year 2020 is also the 100th anniversary of the 19th Amendment, which granted women the right to vote, and which very well may not have been possible without Susan B. Anthony. Those photos that go viral every election with “I Voted” stickers all over her gravehttps://www.npr.org/2018/11/06/664852948/i-voted-stickers-pile-up-in-emotional-tribute-at-susan-b-anthony-s-grave? That’s in Rochester.

Hence 2020’s lineup of women’s suffrage events in Rochester, including Votercadehttps://susanb.org/votercade-2020/, a yearlong series of performances, exhibits, and other events across the city to celebrate the right to vote. Denizens of “Flower City,” as it’s known, are experts at putting on events: Rochester hosts more than 140 annual festivals, including the Lilac Festivalhttps://www.rochesterevents.com/lilac-festival/, International Jazz Festivalhttp://www.rochesterjazz.com/, and the Fringe Festivalhttps://rochesterfringe.com/.

Other key attractions include High Fallshttps://fave.co/2OGfyIJ, a 96-foot Genesee River waterfall in the middle of downtown; the Lake Ontario shoreline; hiking and biking trails along the Erie Canal; Sibley Square (which is getting a new regional-ingredients restaurant marketplace, called The Mercantilehttps://www.sibleysquareroc.com/sibley-square-rochester-ny, in 2020); the Strong National Museum of Playhttps://fave.co/2DdNnLP; the George Eastman Museumhttps://fave.co/2XInQE3; and the richly stocked Memorial Art Galleryhttps://fave.co/2Dhl0MR.

Where to stay: The Inn on Broadwayhttps://www.tripadvisor.com/Hotel_Review-g48503-d250872-Reviews-The_Inn_On_Broadway-Rochester_Finger_Lakes_New_York.html?m=58333 is a historic boutique property with 25 guest rooms and no two that are the same. A stay includes a hearty breakfast.