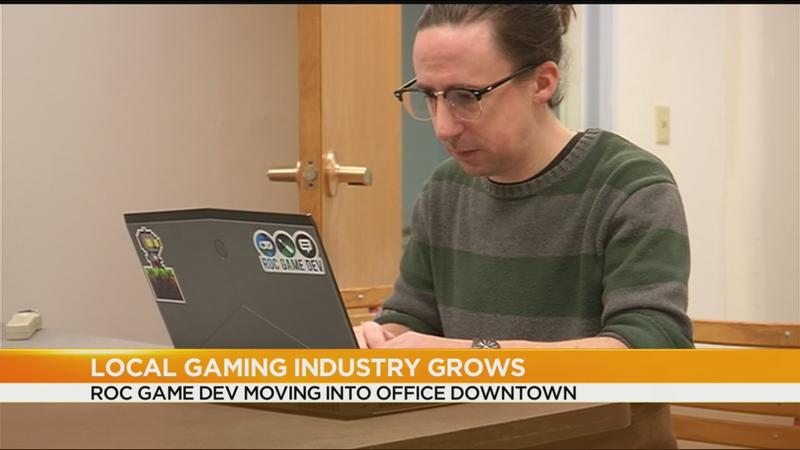 A local group is trying to expand the industry in downtown Rochester.

ROC Game Dev has opened in Sibley Square on East Main Street, located on the second floor in the Sibley Worx co-working space.

The office is still under construction but when it finishes early next year, organizers have plans to turn the space into a place where budding game developers can come to work, exchange ideas, and even have some fun.

ROC Game Dev is a group that has been meeting at RIT for a few years with students, industry professionals, and hobbyists.

Group aims to expand gaming industry in Rochester This latest move to downtown aims to expand the group and make game development more accessible for everyone. This group is not just for students or professionals.

Sam Cammarata is a part of ROC Game Dev and she says this is a place where anyone can learn about the industry.

"I've noticed since we've moved downtown the demographic of who can interact with our group has expanded exponentially," Cammarata said. "When we were located on campus, a number of students that come in, and that's great and all, but there is so much value to be added by having people who work in the industry, people who hobby in the industry, having those voices there to support students to support each other is so valuable."

"We feel like Rochester is poised to be an incredible hub for making games so we want to represent that...we also have three studios right nearby, right across the street is Darkwind Media and Second Avenue Learning and in Village Gate, there's Workinman, another video game studio," Mostyn said. "

ROC Game Dev hopes to have a grand opening sometime in January. They will be offering paid memberships to those interested, but there will also be some free opportunities.