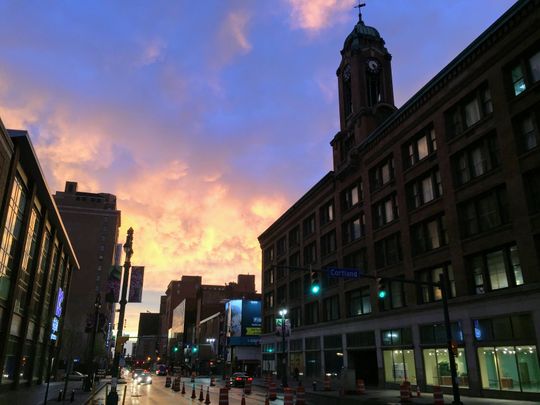 A Boston-based software and management consulting firm is opening a new office in Sibley Square, promising to create 45 tech jobs over three years.,

Catalant Technologies will lease space from NextCorps and expects to open in February.

Catalant got its start as a matchmaker, helping small businesses find experts on-demand and then partner across departments using its software platform. Formerly called HourlyNerd.com, the relatively new startup counts Mark Cuban among its early investors.

As larger businesses like GE began migrating to the site, the pool of experts became more high powered, and the software demands expanded to include helping companies manage the multitude of consultants, freelancers and employees in various departments and offices.

Petitti and co-founder Rob Biederman describe the Rochester office as a major milestone, and the result of a long search process. The firm brings to 175 the number of tech companies operating in the Downtown Innovation Zone, and joins a growing group of 50 startups at NextCorps, not all of which are working onsite.

It was the location, with an opening work area allowing for natural interaction with other startups, along with the city's culture and talent pool that led Catalant to choose Rochester after considering "a ton of different places," Petitti said.

"Each place, we tried to run a bit of a test ... and we were pretty amazed at how quickly we could connect with people who we thought would fit with our company and were clearly talented," he said. "We believe in keeping your head down and working hard. ... Everyone we met in Rochester, they were humble. They treated us like partners. They weren't trying to sell us."

Catalant will tap into a state-promised $900,000 in Excelsior Tax Credits, as well as unspecified assistance from Monroe County and the city, officials said.

Gov. Andrew Cuomo, in a statement, praised the move: "We are helping to create new, good-paying jobs and continuing to move the Finger Lakes forward.” While Mayor Lovely Warren said the company's decision "demonstrates the efforts we are making to foster Rochester’s knowledge economy are paying dividends."