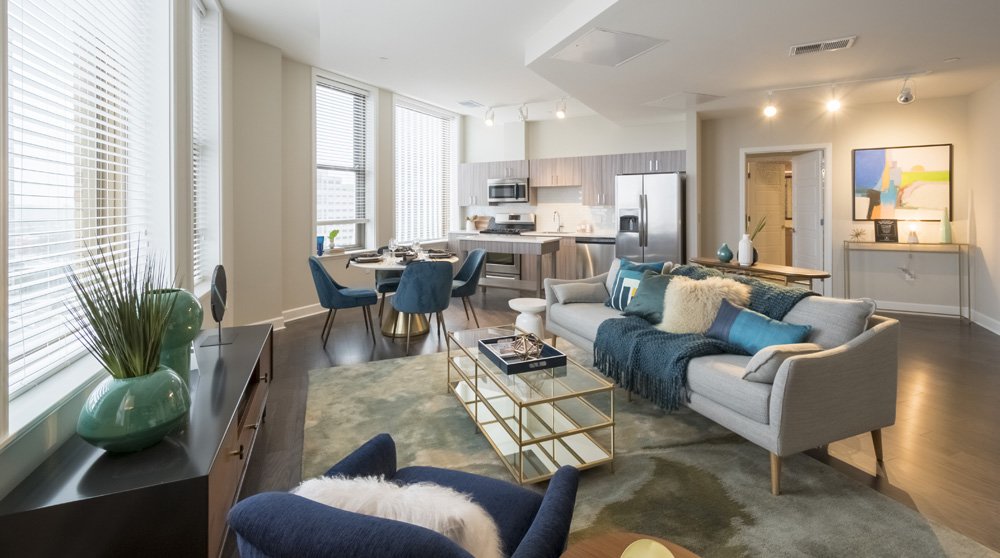 Randy Munger was looking for a way to simplify his life. The Irondequoit home that he shares with his partner Louis Faticone required a host of homeowner responsibilities, such as snowplowing and lawn mowing and other maintenance.

Munger, 61, office coordinator at Highland Hospital's emergency department, had been following the rebuilding of the Sibley Building downtown and taking a tour of the new apartments branded as Spectra at Sibley Square.

He decided to trade suburban homeownership and will be moving into a newly renovated apartment in January.

Spectra at Sibley Square is the latest in the downtown apartment boom, with leasing underway for the first phase of apartments. The building that once housed a department store is in the process of being turned into a mixed-use site, with housing, retail and work space in the 1.1 million-square-foot building on East Main Street.

Boston-based WinnDevelopment purchased the former Sibley Building for $5 million in 2012 and says it plans to invest over $120 million into the building, now renamed Sibley Square.

The blend of historic and modern is at the forefront of the urban renewal movement, said David Ginsberg, project director at WinnCompanies. The building was reconfigured into unique apartments, with no two alike, he said. The units offer modern designs, such as an open space concept, with architectural details of a historic building.

There are 104 luxury, market-rate apartments that start at $1,500 a month for a one-bedroom unit. In addition, there are 21 units for middle-income households, targeting families making up to 80 percent of area median income; and 72 senior apartments for people 55 and older.

Munger will be paying $2,240 for his 1,935-square-foot, two-bedroom apartment at Spectra. Factoring in mortgage, taxes and maintenance costs, he figured that the rent was equal to the monthly cost of his 1,500-square-foot home in the West Irondequoit school district.

Plus, there are additional amenities that he and his partner will not have to pay for, such as a gym on site. That means not having to trek out in the cold and snow during the winter months to exercise, he said.

There's more to come at Sibley Square as tenants begin to move in. A dog park is in the works, along with a food court area, Ginsberg said.

The welcoming of pets was a major selling point for Munger, who has a small dog and a cat.

"I love that it's pet-friendly," he said.